For the last several weeks, both campuses of Spirit & Life Church have been in a sermon series studying the major highlights of the New Testament book of John.

We’ve seen how the Word of God became flesh in Jesus Christ. We’ve seen the miracles Jesus worked during his Earthly ministry. We’ve seen that Jesus is the Great I AM! We’ve heard Jesus' farewell discourse, just last week. And now today, the Gospel of John reaches its dramatic climax with the arrest, trial, and crucifixion of Jesus. Over and over again in John, Jesus reveals himself to be the Messiah. But here in his suffering, Jesus' true identity is perhaps most fully displayed as he gave himself to save the world.

It was late Thursday night on what came to be known as Holy Week, the final week leading up to the end of Jesus' earthly life. Jesus had gathered with his disciples in the upper room to celebrate a Last Supper together, which Jesus explained we would continue in remembrance of him. After the supper, now late in the evening, Jesus went out to the Garden of Gethsemane near the Mount of Olives with his disciples. And he prayed. There we meet the account of Jesus’ arrest in John, Chapter 18.

As we saw before in the book of John, now again three times in this passage Jesus unmistakably uses the phrase “I AM.” And the chief priests and Pharisees recoil. This is the Christ, the promised and prophesied messiah, God in the flesh you are arresting, and he has done no wrong.

But even in this moment of pure injustice, the innocent and blameless Jesus refuses to use violence. Though he could have called down legions of angels to save himself, he went willingly. For he knew the greater work he had come to do. In what looked to any observer to be sheer chaos and pandemonium there in the garden, Jesus was still in full control of the situation. Sovereign.

They bound Jesus and took him off to Caiaphas, the Jewish high priest. And there he was interrogated and beaten. From there they led him off to the Roman governor’s palace, Pontius Pilate. The Jewish rulers didn’t want to bring the guilt of Jesus’ death on themselves, so they passed him off onto the Romans with little explanation. Now in John 18, starting in verse 28:

And so there looking into the face of truth, there hearing the voice of truth, seeing the embodiement of absolute truth of God in Jesus Christ, Pilate still refuses to acknowledge it. Jesus is a King, but not the way an earthly leader like Pilate would understand it. For this Christ is the King of Heaven, the King of Kings, and the Governor of Governors, and the Lord of Lords. Subtly but with truth, Jesus tells pilate his Kingdom is higher and greater than the short-sighted and earthly relativist, Pilate, can understand.

Pilate gives the Jewish leaders and the others in the crowd a choice. You see, normally the governor would release a popular prisoner to help endear himself to the people. But the people choose to have him release a robber named Barrabas. So now not only are the Jewish rulers guilty, and not only is Pilate responsible, but now the whole crowd gathered there had a hand in Jesus condemnation to death. And of course, so did we sinners send Jesus to the cross ourselves. We were all in that crowd that day, and by our own godless choices and sins. We too shouted for Christ to be crucified.

And so from there, Jesus bore his own cross and carried the instrument of his death himself to the Place of the Skull called Golgotha. And there they crucified him, hung him between two criminals. And fulfilling more and more ancient Old Testament prophesy, the story continues, now in verse 23:

Even while suffering on the cross, still the God of both testaments is sovereign. And still the scriptures are being fulfilled. And now we see John’s eyewitness testimony of what looked like the end, Verse 28.

Look at how John describes the final moment. He doesn’t scream in agony as though tortured against his will. But acknowledging the work he came to do was done, he said “It is finished," and gently bowed his head. He didn’t die, John doesn’t use that word. He wasn’t killed, John doesn’t use that word either here as though his life were taken from him unwillingly. But, what does John say? “He gave up his spirit.”

He didn’t lose his life, he gave it up as a willing sacrifice, a Passover Lamb, an offering without spot or blemish freely offered up to God as an atonement for Sin, even our sin, even for we who crucified him. And here in this greatest act of self-sacrifice, Jesus offers us the greatest gift of sacrificial love. Freely offering himself for us, his beloved.

If you ever have any doubt that you are truly and deeply loved, loved by your very maker and God, let this moment in Scripture remove all doubt. You are loved so much that even though your sins, and mine, sent Jesus to the cross, he gave himself up willingly to forgive us. That’s love, to lay down one’s life for those he loves.

On the cross, John intends for us to see that God has come to take the hate, the hurt, the pain, the sin of us all upon himself. Suffering for the suffering. Hurting for the hurting. Dying for the world that had been thrust into death since Genesis chapter 3. 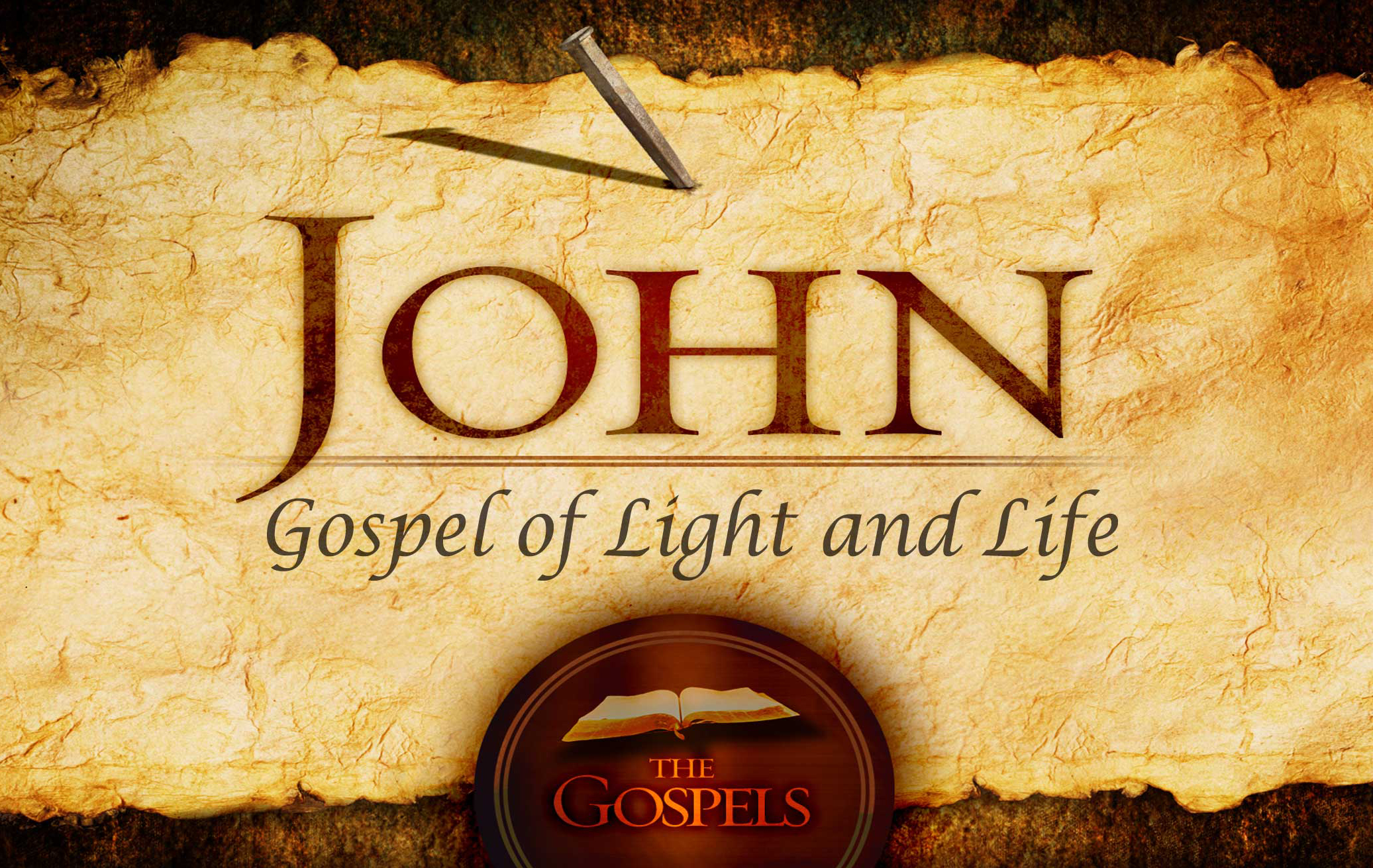 More in John: Gospel of Light and Life